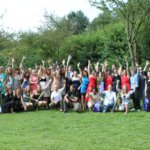 My experiences as a physiotherapist working in Germany

You are from Germany and/or you are planning to work as a physio there? Then you may want to read further and hear my story!

My name is ******[1] and I graduated from ESP in 2011. After travelling for half a year (as I was in need of a break after ESP aka “no social life” 😉 ) I went back to Germany, where I originally come from, to do my MSc in Osteopathic Medicine. Since I chose the part-time study path I decided to work as a physio next to my studies. I went job hunting, and got an offer within one week. I signed the contract and started working the next month. Everything was perfect. I was working 20 hours a week, had enough time for my studies, and attending lectures at University on the weekends. After one! year my employer got a letter asking where my German physiotherapy certificate was, and why I “only” had a Dutch Bachelor’s certificate written in English. At that time I was registered as a physiotherapist with the Dutch BIG-register. I did not know that I had to register in Germany separately since I thought: first it is the EU, and secondly I own an international accepted Bachelor’s degree. Maybe, this was a very naive thinking, but my employer thought the exact same! I learned that there is a difference between international acceptance of a degree and working permission even in the EU! Actually, I was working illegally without even knowing! Then a long journey of phone calls, emails, headaches, agency visits, and a lot of paper work started. In the end, it took nine months to finally receive a thin piece of paper with a crease in it, saying in black letters that I was allowed to call myself a physiotherapist in Germany. I had to pay €250 for a certificate that did not even look like one. Officially, I was no longer working as a full professional physiotherapist during that time, but as an intern. Having received the German piece of paper aka “certificate” I was finally announced professional in Germany .What have I been before? Well, this is bureaucracy, my dears ;-)!

So, if you consider working in Germany I have some advice for you:

First of all, you have to register at the “Amt für Soziales, Familien und Gesundheit” of the specific state you want to work in! So it is important to know where (like in which state) you want to work, or where you are registered (like in which community). As soon as you know the state, get information at the local agency! Depending on the state the requirements differ tremendously! In some states you only need to hand in your Bachelor certificate in English, your birth certificate, registration card of the community you live in, a summary of the subjects at ESP, €30-€50, and you have to wait for a few weeks. In other states (and unfortunately mine as well) they demand much more documents, and they do not accept the English version of your Bachelor certificate, so you have to pay for an official translation. The price for your German physiotherapy certificate may be somewhat between €30 and €1000! (So, as I got it for €250 I made a real bargain, right? 😉 ). If you are lucky your state does not require as many documents, and you will get your certificate within a few weeks, but it may take up to a year in other states! So, I suggest getting information about the requirements as early as in the beginning of your 3rd year at ESP! Even if you have not received your Bachelor’s certificate yet you can start collecting those other documents.

In general, it is pretty easy to find a job in Germany with a Dutch Bachelor’s degree under your belt!

However, I would recommend doing one of your internships in Germany to prepare yourself for the slightly different health system and working conditions compared to the Dutch system. I did my very first internship at home in Germany, and it was a great learning experience in several ways. Since I became a “specialist” of Latin and English medical terminology, I was delighted to learn German terms like “Rabenschnabelfortsatz” for the coracoid process (and the list goes on…). This definitely helped for future communications with German colleagues and physicians, as I would have had no idea of what they were talking about without my first internship!

Another thing is: never get insecure in case you work together with German interns or colleagues who graduated very recently. It is good to share your knowledge and discuss patients and treatment options etc. with them, but do not freak out if you have not heard of several treatment approaches that are like the most natural thing on earth to them. Some (not all) German physiotherapy schools are still teaching kind of old-fashioned skills and treatment options. Furthermore, the approach is less functional in general. In any case, stop doubting and trust upon what you have learned at ESP! It is great stuff and of very high quality (I have been working as a physio for 3 years now, and I am starting off my 4th year of Osteopathic Medicine, and I still think it is)! If things are done differently at your internship place or your future working place it does not mean your way of doing things is wrong! Still be open to everything, but critically question everything at the same time and think about if e.g. a specific treatment makes sense from the anatomical, biomechanical, or functional point of view. Eventually, this will help making you a great physio!

I wish you the best of luck for your remaining time at ESP and especially for the registration process in Germany!